Preponderance of the Evidence Standard is Killing SSD Claimants

Preponderance of the Evidence Standard is Killing SSD Claimants

Now, of course, I don’t literally mean that, but in this case the Social Security ALJ’s failure to understand or apply the standard of proof in SSD cases ended up simply being tragic. Our client, we will call her Brenda, filed her claim for benefits in January 2012; about a month ago we finally received a favorable decision, and last week we received the Notice of Award indicating the amount of her past due benefits (quite a bit, actually) and monthly benefits. The date of this Notice is the same date Brenda died.

Brenda alleged that she had been disabled since 2009 due to a combination of chronic obstructive pulmonary disease, orthopedic impairment, and hypertension. She submitted a clear opinion from her longtime treating physician describing how these impairments affected her ability to work, mainly because she had frequent exacerbation of breathing problems that required immediate treatment, as well as pain which resulted in many days where she was trapped at home taking care of herself. Her doctor’s opinion was supported by his extensive treatment notes. Numerous friends submitted statements on her behalf, describing their observations of her difficulties even performing common daily activities. Although Social Security ordered a medical examination by one of its physicians, the doctor who examined Brenda only commented generally regarding her breathing condition but did not assess whether she had limitations because of this condition.

Social Security claimants have the burden to provide evidence in their case to establish the nature and extent of their disability, and by any reasonable interpretation of that burden, Brenda had done all that any SSD claimant can do to establish their eligibility for benefits. But, the ALJ denied her claim in 2014. We were able to obtain a remand from the United States District Court in 2015 and the case was reheard, by the same ALJ. However, still not having obtained any evidence to rebut the opinion of Brenda’s treating physician, the ALJ again denied the case in 2016. Our office appealed the case to the United States District Court and the case was again remanded. Because of SSA’s rules, at this third hearing, we had a different ALJ than the first two hearings, and this is when, finally, we received an appropriate review of the record and evidence, and of Brenda’s testimony at three hearings, and the favorable decision.

The SSD program has been the subject of many attacks, especially in the last 10 years or so. There have been scandals in New York and Kentucky/West Virginia that were truly awful and the wrongdoers in those situations (two of them ALJs), as near as I can tell, have all been punished. But what has happened in the process is that claimants are being generally painted with this brush, as being lazy, or frauds, and worse, and that is simply not right. I have been representing SSD claimants for 35 years and, while there are always a few bad apples, I can honestly say that most of my clients by far would rather be sitting anywhere than in my office or in a Social Security hearing. Social Security disability is a beneficent program and including the preponderance of the evidence standard reflects the humanitarian vision of the program in general and SSD in particular. Yet, what everyone is seeing is that many ALJs are applying something more like a “clear and convincing” standard that is entirely inappropriate.

Brenda submitted the assessment and complete records of her longtime treating doctor, consistently described her limitations in forms filed with Social Security and at three hearings (at all three hearings, by the way, my notes show that after the short walk from the waiting room to the hearing room Brenda was limping and short of breath), submitted confirmation of her daily struggles from several of her friends, and submitted to an examination ordered by Social Security which did not even address what her limitations were. After the second hearing, the ALJ stated that she did not find Brenda’s description of her limitations credible because there was “no evidence” of frequent breathing treatments, a statement which was categorically false.

Such ridiculous rationales are only possible because many ALJs don’t understand (or understand and fail to apply) the preponderance of the evidence standard that is consistent with the benevolent mission of the Social Security disability program. And the worst thing: Brenda is not alone. I seriously debated even publishing this article, not because I did not believe anyone would be interested, but because, sadly, claimants dying while waiting for their SSD benefits is an all too common phenomenon. See “Thousands Die Each Year Waiting for Action on Their Social Security Disability,” available at https://socsecnews.blogspot.com/2014/10/thousands-die-each-year-waiting-for.html. 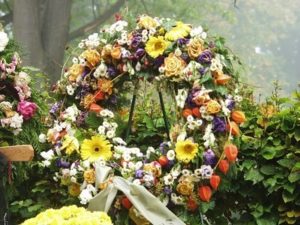